When You Meet a Cougar! 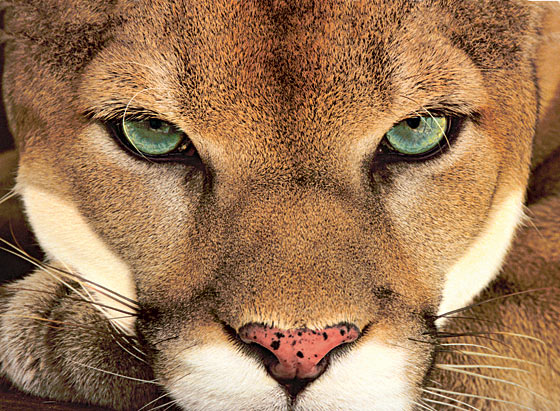 On my recent vacation, I embarked upon a 3-mile trail run in Bend, Oregon.  I was being challenged with the usual things, like altitude change, trail vs street and hills.  At the half-way point of the loop, I happened upon a sign stapled to a tree that was titled: “Be Advised: A cougar was reported seen in this area.”  The date of the sighting was literally 3 days prior to my run!

After a few gulps and a quick assessment of my location, I realized that I was at the turn of the loop and had to run just as far as I had already travelled to get back to the park.  I read further on the posted sign and took a mental note of the suggestions.

As I start the run back to my vehicle, I became super aware of my surroundings!  I listened and searched ahead of me for other fellow humans on the path.  I noticed where the path had high ground overhead and felt the relief when I made it to a more even playing field!

And I thought and considered and thought some more!  Could I really stop and stay calm if I met a wild cat?  The detailed directions were to not turn your back, and to not run away.  And the part about appearing large was particularly confronting.  It suggested that you make noise and hold any coat out away from you.

As I approached the more open, flat ground surrounding the park, I realized how these suggestions are a great fit for humans, in general!

Hope you find the list of suggestions helpful whether you are meeting a cougar on your path, or finding your way in human relationships!

If you would like to have exquisite attention, loving accountability from a deeply passionate coach about finding your way in relating, reach out and let’s chat!

Sign up for the Intimacy Notes newsletter and stay connected

You have Successfully Subscribed!