A friend listened to me today. She listened. She listened as I shared from that deep place in my soul. It was that gutteral feeling that knows it needs to be birthed into words. Another woman, a friend, held that gorgeous space for me and heard me, felt me, noticed me.

This is a new spot for me, to ask for attention.  I usually draw inward, instead of reaching outward.  This time was different because this same woman had shared with me earlier.   She let me see an intimate part of her, the part that makes her more like me.  The funny, sexy, angry, curious, hurt parts that make up her beautiful feminine power.  And in that moment, I knew I could trust her with these same parts of me.

I remember a time when I thought I would never ever trust a female friend.  I had come to believe that women would stab me in the back, steal my boyfriend, cheat on me, lie to me, and do everything to protect themselves.  So I learned to confide in men.  My closest friends were men and I learned to conduct myself in the masculine energy of just take care of things.  I didn’t know how to go out on a

whim, to change my mind and do what feels right in the moment.  I was tied to a plan with a goal.

The longer I buried my feminine, the more isolated and tired I felt.  I felt the pang of emptiness that comes from not creating, dancing and following my intuition.  I missed the impromptu afternoon coffee dates, the intimate social circles around kitchen tables to discuss a romance novel, going to a movie just because it sounded good.  Shopping had even become a chore!  I would enter a mall or a store with a plan, and after 45 minutes would feel so overwhelmed from trying to control every detail, that I would leave empty-handed.

I was not connected to anyone with whom I felt comfortable sharing.  Few of my friendships actually became close because I believed that the women would surely hurt me and the men would eventually grow bored with my stifled feminine guise.

Then I noticed that I admired powerful women.

These women would appear and I was infatuated with the power they commanded!  I wanted to be like that!  I wanted to be liked by them!  Yet I didn’t have the skills to play with these women.  I became like a fan to them, clambering for their attention.  I would place these feminine models on a pedestal and in the process, I would demote myself to a mere servant.  In hindsight, I realized that I had abandoned myself.  In that process, I gave up my own power.

I would follow their desires at the expense of my own integrity.  I gave of myself in order to stand a chance at being noticed, of being liked.  Over time, I lost sight of my own desire.  I was the one who ate crum
bs from the table, instead of being the queen, or the honored guest.

Now, there is a different kind of meal, a more nourishing alternative!

As I began to work on finding more of my true self, I began to notice female friends and clients coming into my life!  As I slowed down and listened to my feminine energy, I began to crumple up those detailed lists and directions.  A magical thing began to unfold!  I found my own power.  I began to choose some fun things to enjoy, just because they sounded fun!

This hunger for connection and vulnerability is learning to sit with other women at the same table.  I find my soul is fed with the warmth and softness that the feminine brings to relating.  Choosing to hear other women’s stories, their hurts, joys, and silliness, makes me smile, laugh and cry with them.  And today, I was held in return.  Today, she listened  A woman that I call friend, listened to me while I shared my vulnerabl

e spots.  And it felt amazing! 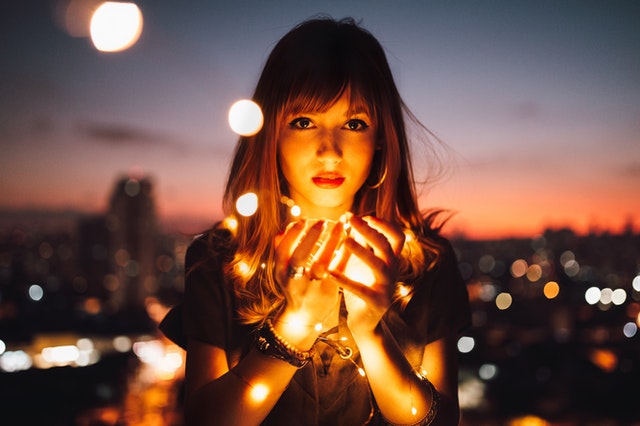 Sign up for the Intimacy Notes newsletter and stay connected

You have Successfully Subscribed!